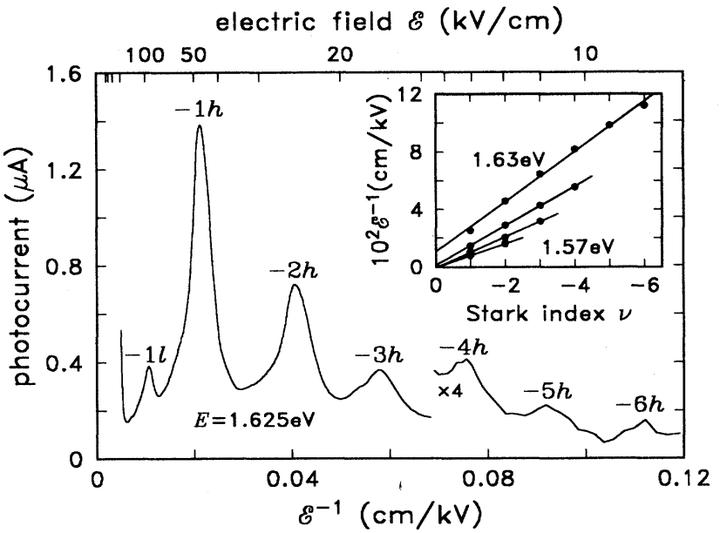 Using photocurrent spectroscopy, we have demonstrated that the quantum coherence in GaAs-Ga$_{1-x}$Al$_x$As superlattices increases with decreasing superlattice period $D$, and that it is maintained for at least eight periods when $D = 60$ Å. The coherence length was determined from the number of observed interband transitions between the valence- and conduction-band Stark ladders, formed when an electric field was applied along the superlattice direction. As an additional manifestation of the Stark ladder, the photocurrent showed strong oscillations, periodic in the reciprocal of the electric field, which gave rise to regions of pronounced negative differential resistance.

Joseph Callaway chose the results of this paper to illustrate Chapter 6 on External fields in the 1991 edition of his book: